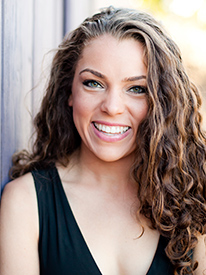 Less than 2 years into her dance journey Kristen herniated a disc in her lumbar spine. The severe pain in her back and pelvis was so unbearable that she had to stop all physical activity including dancing. She tried every medical treatment and therapy imaginable, but nothing provided long-term relief. Kristen was devastated, worried that she would be in pain forever and never dance again… until she discovered Pilates. Through lots of hard work, patience, and practice Pilates eliminated Kristen’s pain and transformed her body making it stronger, healthier, and more expressive than ever before. It was this firsthand experience that inspired her to become a Pilates teacher.

Kristen completed both her comprehensive Pilates mat and Pilates equipment certifications from the Kane School of Core Integration in New York City. She is also an AFAA certified Primary Group Exercise instructor. Kristen teaches pilates mat and reformer group classes, pilates private sessions, and fitness classes at various studios and gyms throughout Brooklyn and Manhattan. She is ecstatic to be joining the ActiveCare team where she can share the healing power of pilates with others. Kristen’s goal is to help all of her clients achieve pain free, movement filled lives! 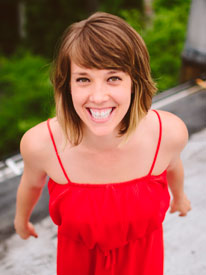 Once in New York, she started to understand that if you live in and around the City there is a need for a great amount of physical exertion to function. She felt this when taking the subway stairs and walking the long avenues; the commuting city life is a highly physical one. To support her dance career and to better understand how to function in her body efficiently in a fast paced city, she decided to get her Pilates Certification. She found that Pilates can give people the tools to find their deeper muscles, their spinal alignment, their full breath, and an overall greater sense of awareness in their own bodies. Through her training at Ellie Herman Pilates in Brooklyn, Flannery researched classical, contemporary, and rehabilitative Pilates. She began to focus on how Pilates helps build healthier movement patterns, especially when recovering from injury or fatigue. She started as a Student Instructor in 2014 and was certified in 2015. She has since worked her way up to becoming a Senior/Rehabilitative Instructor. She teaches in Brooklyn and Manhattan and especially loves to work with people who are interested in gaining a better sense of their own anatomies and/or individuals who are using Pilates as a way to supplement their other daily activities which could be a sport or a five floor walk-up! 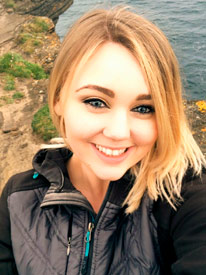 Katie is a native New Yorker who has been teaching Pilates for ten years. She was introduced to the Pilates method at the young age of sixteen. Movement became her passion and she went on to become a Pilates instructor. Katie started to believe that Pilates was “rehab before you need it”.
Katie earned a bachelor’s degree in Psychology from Queens College University. She had intensive undergraduate coursework in Anatomy, Physiology, Kinesiology and Biomechanics. Katie also holds a rehabilitative certification from Polestar Pilates and has completed advanced coursework focusing on Scoliosis, Body Reading and Pre/Post-Natal Pilates specific exercises. Katie is a Polestar instructor and mentor for prospective Pilates instructors.

‘When your body is in the correct alignment your movement will be efficient. This will keep you strong, grounded and out of pain. Awareness and connection of your mind, body and spirit will give you the strength to reach any goal.’ Katie’s sessions are geared toward a specific program tailored to correcting your posture and relieving pain while getting an awesome workout.